The BBC National Lottery Awards is an annual search to find the UK’s favourite Lottery-funded projects and organisers wanted a large-scale entertainment set for the televised show. With the programme going out live, there was no room for error, so reliability was paramount.

Production designer Alex Craig was charged with creating the set and ensuring all went smoothly on the night.

Alex needed to design something that would allow the draw console to be kept hidden from the cameras until the final minutes of the show. This would allow the programme to build to a climax, with the Lotto machine and the draw-masters presented to the audience accompanied by music, lights and pyrotechnics.

Movetech UK’s London depot provided the solution by renting a revolving stage turntable, which was installed in the TV studio the day before the live Saturday evening show. The Lotto draw machine was placed behind a screen for the greater part of the show.

Alex Craig said: “I’d used turntables from Movetech UK before, so they were my first port of call. They were efficient at providing the information asked for, from pricing to technical specifications and logistics, and they delivered. The BBC, The National Lottery and myself were all very pleased with the result.” 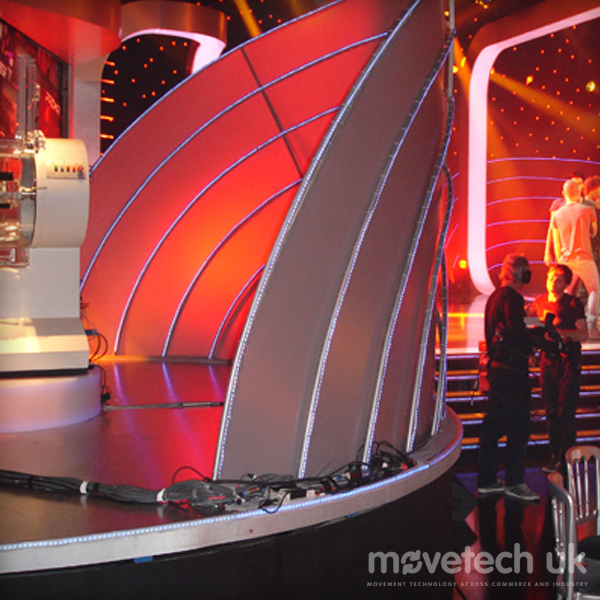