Summerseat Garden Centre in Bury is well known for its outstanding Christmas displays, which bring crowds flocking in each year. But in order to meet the high expectations of its visitors the centre felt it had to provide them with something better and brighter for the 2012 festive season.

Summerseat manager Sam Ainscow said: “This is the first time ever we’ve had so much moving in a display. Movetech UK have allowed us to create a bit of atmosphere with the trees and the slip ring units have allowed us to light them as well. Customer feedback has been great.” 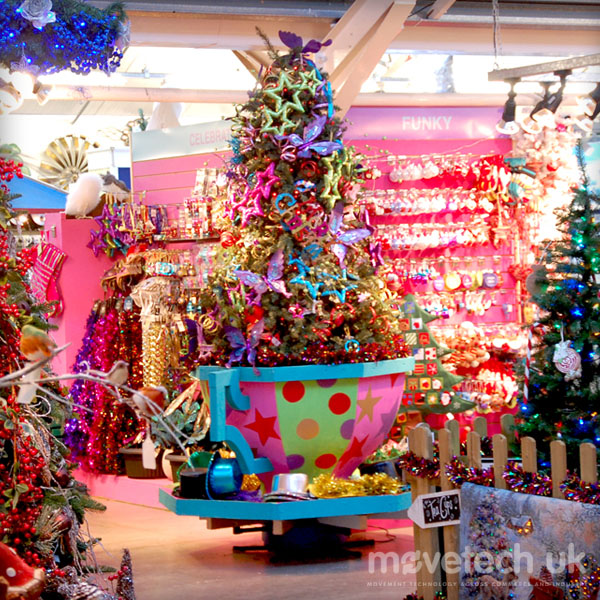